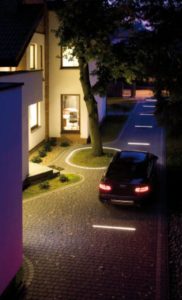 The traditional incandescent light bulb has been around, largely unchanged in design, for nearly 150 years. This is despite its drawbacks. High fragility and energy-inefficiency are just two of many good reasons for leaving traditional bulbs behind. Although replacement technologies such as halogen have failed to gain widespread popularity, it looks as though LED lighting might finally be the lighting solution to challenge the old-fashioned incandescent bulb’s dominance. What has changed to make this so?

Energy Efficiency
Traditional light bulbs are incredibly wasteful of energy, with up to go percent of the electricity used transformed into heat rather than light. LED Lighting Systems use only about one-sixth of the energy to produce the same amount of illumination, with obvious savings in electricity bills as well as benefits for the environment.

Long Life
Incandescent bulbs are extremely fragile. Not only are they easy to damage through rough handling but they also fail relatively quickly under normal use. An old-fashioned bulb will typically last about 1,200 hours before burning out, while a LED lamp will last for at least 25,000 hours. In fact, LEDs rarely fail completely; they simply become less effective as they near the end of their useful life.

Color Range and Warmth
One reason for traditional bulbs’ long-standing popularity is the quality of the light they provide. Most people find incandescent light gives a warm and comfortable glow, while alternatives are often seen as harsh, cold, and clinical. Advances in LED technology have largely solved this problem, and modern lamps closely mimic the color temperature of ordinary bulbs. Some of the best fittings can even vary the color output to suit your mood, with illumination ranging from a candle-like warmth to that of a bright summer’s day.

Flexibility of Installation
Early LED models required large heat sinks to cope with the excess energy produced by the electronics behind the lamp. Unlike traditional bulbs, little of the LED’s energy is radiated away as heat; this limited the spaces in which the older LEDs could be installed. Thanks to clever design advancements, this previously major obstacle have been overcome, and bulbs are now available that can be dropped straight into traditional fittings.